Introduction to Back Drilling Technology 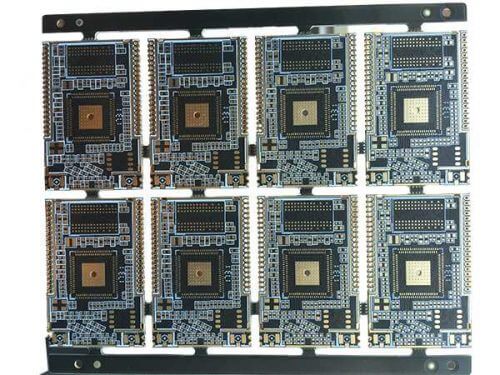 What is a back drill?

With the continuous promotion of the information industry, the digital signal transmission speed is faster and higher, and the traditional design of PCB board can no longer meet the needs of this high frequency circuit. The research of signal integrity transmission becomes more and more important core technology.

When circuit signal after the frequency increased to a certain height, PCB in the guide hole is useless in the PTH hole copper parts, its excess copper plating is equivalent to the antenna, signal radiation on the surrounding the other signal interference, serious when will affect the normal work of the circuit system, the role of the Back drill is excess copper plating with back drill, drill way to eliminate this kind of EMI problems. At the same time reduce the cost, meet the high frequency, high speed performance. This column in high frequency and high-speed circuit design, will cause signal transmission reflection, scattering, delay and so on, to the signal integrity of the problem. So drill the extra column (STUB in the industry) from the back (second drill). Hence the name back drill.

Back drill is actually a special kind of deep control drill. In the production of multilayer board, for example, in the production of 12-layer board, we need to connect the first layer to the ninth layer. Usually, we drill through hole (one drill) and then make copper. In this way, the first floor is directly connected to the 12th floor. In fact, we only need the first floor to connect to the 9th floor. The 10th to the 12th floor is like a column because there are no lines to connect.

This column affects signal pathways and can cause signal integrity problems in communication signals. So drill the extra column (STUB in the industry) from the back (second drill). So called back drill, but generally not so clean, because the subsequent process will electrolyze away a bit of copper, and drill tip itself is also pointed. Therefore, PCB manufacturer will leave a little bit. The length of the STUB is called B value, which is generally in the range of 50-150um.

What are the advantages and functions of back drilling?

Besides design, material, transmission line, connector and chip package, the conduction hole has great influence on the signal integrity of signal system. The back drill eliminates the effect of extra stubs on signal integrity by drilling through holes without any connection or transmission. In addition, back drilling technology has the following advantages.

Reduce the use of buried blind hole, reduce the difficulty of PCB production.

The work diagram is shown as follows: Electroplate a PCB after drilling. If there is not enough copper hole here, it will seriously affect the requirements. Need to use low current, long time, one-time enough plating. After electroplating, the thickness of copper is monitored by slicing. Electroplating parameters: 15ASF&Times;(48 min + 48 min).

Use the drill tool to drill the electroplated holes that need to be drilled back, two drill holes. Back drilling is to use the depth control function of the drilling machine to realize the blind hole processing to remove part of the hole copper. Its tolerance is mainly affected by the accuracy of backdrilling equipment and the tolerance of medium thickness.

Numerical plug hole for the whole hole. The back hole has a large end, a small end and a corner characteristic, theoretically more easy to produce bubble cavity, need to be effective plug hole.

The panel surface after the treatment of the plug hole is treated. Eliminate residue. Due to the great difference between copper surface and resin hardness, it is necessary to ensure the flat surface of the grinding plate.

What are the technical features of the back-drilling board?

The use of back drilling technology is unique. The requirements are complicated. It is commonly used in signal communication equipment, large servo, medical electronics, military, aerospace and other important fields. There are professional and deep technical reserves and research and development strength in this field, and high-end technology and product design are needed. In general, the back-drill PCB has the following technical characteristics.

Most backboards are hard

The number of floors is usually 8 to 50

The thick diameter is larger

The outer circuit is less, and is mostly designed with square array of compression holes

Rules to be followed in the design of back drill PCB The back hole is usually 0.4mm larger than the hole to be drilled out. The hole diameter of back drilling is generally recommended to be 0.25mm~0.4mm larger than that of primary drilling. To be on the safe side, large 0.4mm is recommended. As shown in the figure below, the back-drilling aperture is represented by B. As shown in the figure below, back drill depth redundancy is represented by S. If the back drill requires drilling to M layer, the media thickness between adjacent undrilled layers with M layer is 0.3mm minimum.

Back drill and line spacing. The distance between the layer drop line by the stub of the back hole and the back hole is recommended to be no less than 10mil (0.25mm).

How to set back drill parameters in Altium Designer?

First punch holes and thread. For example, an 8-ply board, punch holes from the Top layer, and then switch to Midlayer1 to go up the wire. The remaining Midlayer2 to the bottom layer required Backdrilling. The first step here is to set up in the Design-Layer Stack Manager-Drill Pair. The bottom layer starts Midlayer2 and terminates the Bottom layer, as shown in the figure below. Be sure to check the Back Drill pair box to indicate that it is used for back drill holes

Step 2: Ensure that the interval between the signal layer Midlayer1 and the starting layer Midlayer2 of the back drill is no less than 0.3mm.

Step 3: Determine the length of the copper-plated column to be drilled from the back hole.

The Layer thickness from Midlayer2 to the bottom layer in the Layer Stack Manager adds up to about 1mm. he thickness of the layer between Midlayer1 and Midlayer2 on the stack manager page is exactly 0.254mm medium thickness due to the consideration of 8mil (0.2mm) redundancy of back drill control. therefore, the copper-plated column to be drilled can be set to about 1mm. of course, this value should be increased or decreased according to the specific design requirements of the engineer.

Set Max Stub Length and the depth of the copper-plated column to be drilled to 1 mm. et the size of the back hole to be 0.2mm larger than the radius of the original through hole. he diameter of the back hole and the original through hole is 0.4mm larger. Then set the through-hole network that needs back drilling to complete the rules setting of back drilling.

Note: PCB board factory’s back drill depth process capability needs to be communicated with the manufacturer.