At present, the quotation of PCB circuit board production is given by factory engineers. With the continuous progress of Internet technology, many board factories now have PCB circuit board online pricing platform. However, because the e-commerce mode of the manufacturing industry is still in its initial stage, online quotation can only operate some simple boards. 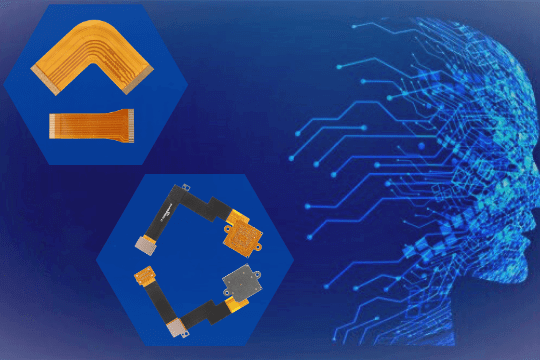 Why is the QUOTATION for PCB so complicated?

PCB circuit board quotation is mainly determined by the following aspects:

Area refers to the size of the PCB design drawing. If it’s a rectangle, it’s length by width. In the case of circles, or other irregular shapes, the maximum contour range is calculated.

In general, the material waste caused by irregular shape should be folded in.

The larger the volume, the lower the price spread out on each board.

The base material is the most core material of PCB manufacturer, board factory generally defaults to long-term cooperation with the supplier’s plate. But for PCB board with special requirements, the designer should specify the sheet material, and the price will be different. There is, for example, a Rogers plate for microwave radiofrequency, which costs ten times as much as a normal plate.

In general, the production cycle of single and double sided baord is 3~4 days. In case of special emergency, we can choose 48-hour or even 24-hour urgent, but the cost will increase. If there are design problems that need to be clarified, start counting the time after all the problems have been identified.

Each factory will have its own process parameters, if your design exceeds the process capacity of the board factory, they need to carry out special control in the production, at this time the cost of production will increase.

In addition, the following circumstances will also affect the quotation.

If you want to produce other thickness of the plate, the price will go up.

HASL is the most common process in PCB industry. It has the advantages of good solderability and low cost. The disadvantage is that the flatness is not good, especially when a large area of Windows, it is easy to appear uneven.

HASL-LF is to meet the requirements of environmental protection, this process cost slightly higher.

Immersion gold is a thin layer of gold formed at the welding place by substitution reaction, which has good flatness and weldability.

Nickel-plated gold is nickel plated first at the welding and then gold plated. It is characterized by wear resistance and is used for frequently inserted positions, such as gold fingers and buttons.

OSP is based on the chemical reaction between liquid medicine and copper skin to produce organic protective film, the film has anti-oxidation, heat shock, moisture resistance. OSP is generally used less.

Immersion Silver refers to the deposition of a layer of silver on the weld. This process is less commonly used. Silver in the air is easy to oxidize black, required within the specified time welding.

Proofing and small batch plate adopts the flying probe test, we can imagine flying probe into two pens and a multimeter, they can move fast and accurate positioning, in a very short time to complete the two measuring points, and to compare the on-off state with existing data, if should have broken place on, or should have been on place off, is recorded.

A large number of panels are generally tested with a needle bed, which requires the production of test fixture, which is a parallel measurement method, the test speed is fast, but the cost is high.

Generally, the color of the words on the PCB board is white. If other colors are made, the cost will increase.  Board size, batch, delivery time and the number of boards to be decided according to the specific situation.

At present, a lot of board factories are on the Internet to launch automatic order system, if there is a design document needs to produce, direct order can be.