The Analysis of the Source of PCBA Surface Residues

The residue on PCBA mainly comes from the assembly process, especially the welding process. Such as the flux residues used, the by-products of the reaction between the flux and the solder, adhesives, lubricants and other residues. Some other sources are relatively less harmful, such as pollutants and perspiration caused by the production and transportation of components and PCBs themselves. These residues can generally be divided into three categories. One type is non-polar residues, mainly including rosin, resin, glue, lubricants, etc. These residues can only be removed with non-polar solvents for cleaning. The second category is polar residues, also called ionic residues, which mainly include active substances in the flux, such as halogen ions, and salts produced by various reactions. These residues need to be removed well, and polar residues must be used. Solvents, such as water, methanol, etc. There is also a type of residues that are weakly polar residues, which mainly include organic acids and alkalis from the flux. To obtain good results in the removal of these substances, a composite solvent must be used. The following specifically introduces the basic categories of residues. 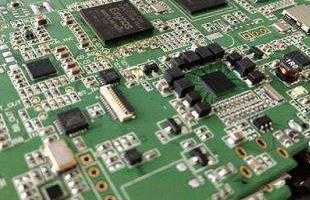 The flux containing rosin or modified resin is mainly composed of non-polar rosin resin and a small amount of halide, organic acid, and organic solvent carrier. The organic solvent will be volatilized and removed due to high temperature during the process. Active substances such as halide organic acids (such as adipic acid) mainly remove the oxide layer on the welded surface and improve the welding effect. However, in welding, the complex chemical reaction process changes the structure of the residue. The product can be unreacted rosin, polymerized rosin, decomposed activator, halides and other activating agents, metal salts produced by the reaction with tin-lead, unchanged rosin and activating agents are easier to remove, but potentially harmful reactions It is difficult to remove materials.

Organic acid flux (OR) generally refers to the flux in which the solid part of the flux is mainly organic acid. The residues of this kind of flux are mainly unreacted organic acids, such as oxalic acid, succinic acid, etc. and their metals. Salt. At present, most of the so-called colorless and no-clean fluxes on the market are of this type. They are mainly composed of multiple organic acids, including halogen-free ions at room temperature, and compounds that can generate halogen ions at high temperatures, sometimes including very small amounts. Among these residues, the most difficult to remove are the salts formed by organic acids and solders. They have strong adsorption properties and extremely poor solubility. When the PCBA assembly process uses water-soluble flux, a larger amount of these residues and halide salts will be generated, but due to timely water-based cleaning, these residues can be greatly reduced.

White residue is a common contaminant on PCBA, and it is generally discovered after PCBA is cleaned or assembled for a period of time. Many aspects of PCB and PCBA manufacturing process can cause white residue.

The self-color contaminants of PCBA are generally by-products of flux, but the poor quality of PCB, such as the strong adsorption of solder mask, will increase the chance of white residue. Common white residues are polymerized rosin, unreacted activator and the reaction product of flux and solder, lead chloride or bromide, etc. These substances expand in volume after absorbing moisture, and some substances also undergo hydration reaction with water. White The residue is becoming more and more obvious. It is extremely difficult to remove these residues by adsorption on the PCB. Natural rosin is prone to a large number of polymerization reactions during the welding process. If overheating or high temperature for a long time, the problem will be more serious. The infrared spectrum analysis results of the rosin and residue on the PCB surface before and after the soldering process confirm this process.