How Many Holes Are There In A PCB, and What Are The Functions Of Each Hole?

There are mainly mechanical holes and laser holes on the circuit board.

Ordinary circuit board factories can do 0.3mm mechanical holes.

A hole made with a laser. The inside diameter is usually 0.1mm. There are few laser holes of other specifications. Because of the limited power of laser, it is impossible to directly punch through multi-layer PCB board, which is usually used to make blind holes in the surface layer.

With the continuous development of science and technology, there are more and more types of circuit boards. We all know that there are holes, through holes, plug-in holes, blind holes and buried holes in PCB, but there are also some special holes, such as deep control holes, countersunk holes, back holes and compression holes. 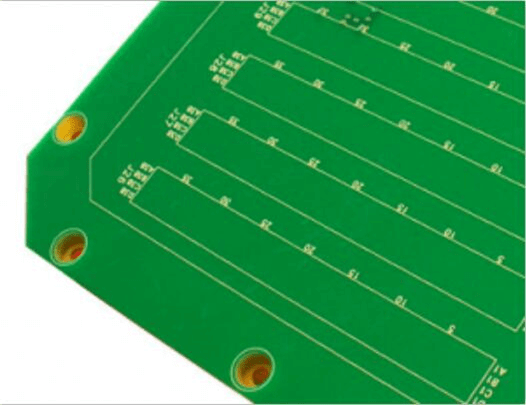 Printed circuit board back drill hole

When the extra hole copper is drilled, the signal returns according to the original way, then the inductance generated by the going signal can be offset and the distortion of the signal can be reduced to the maximum extent.

Circuit board bonding holes are those that do not require soldering and can be fixed by inserting components directly.

In the printed circuit board industry, you often hear the term half hole. Aren’t all holes drilled out round? Why only half hole?

All metallized PCB hole positions must be drilled after drawing plating, and one hole shall be drilled at each half hole intersection point before etching.

The Angle between the cut point of the wall and the path of the milling cutter, formerly 90 degrees, is about 60 degrees this time.

Because the plate edge line from the center of the hole has a certain distance, changed the cutting Angle of the milling cutter, plus the plate thickness is particularly small, the copper hole is not easy to be pulled out.

If the design and production of small batch PCB are improved at the same time, the production yield of PCB half hole plate can be greatly improved.

PCB drilling is a process of PCB manufacturing, but also a very important step. In many cases, the multi-layer board drilling is not a finished, some holes buried in the circuit board, some on the board above through, so there will be a drill two drill.

The second hole is the hole that does not need to sink copper, such as screw hole, positioning hole, heat sink, etc., all of these holes do not need to have copper. The second drill must be behind the first drill, that is, the process is separate.

The first drill requires the process of copper sinking, that is, copper plating the hole so that it can be connected to the upper and lower layers, such as through hole, original hole and so on.

Wiring of High-Speed PCB Boards With More Than 4 Layers