The Hidden Worries Behind The Carnival Of PCB And Connector, What Did TESLA Replace A Kilometer Of Circuit Line 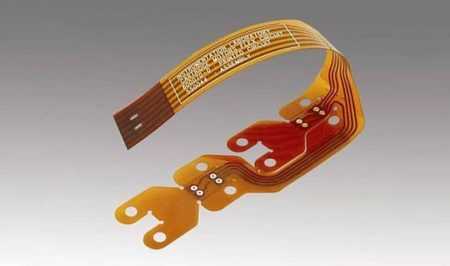 A sudden outbreak of COVID-19 has a significant impact on the global industrial chain. In the auto industry, for example, Hyundai had to stop production because domestic manufacturers of cables and connectors didn’t resume production and ran out of inventory.

As well as revealing the extent to which global supply chains are interconnected, the accident, which was not an accident, has also revealed the design blind spots of modern cars. Relevant information shows that in order to save the “physical consumption” of automobile cables and meet the requirements of automobile lightweight, Hyundai has customized a large number of non-standard cables, resulting in extremely low cable generality on the production line. Once the inventory of a certain model is used up, there will be no cables available for relevant automobile models, and the production line can only be suspended and other materials.

That may sound far-fetched to an industry that has been pushing key components, but Hyundai is doing just that.

However, this incident reminds me of another thing. Although it has nothing to do with Hyundai Motor, it has great relevance to the future development direction of the entire automobile industry. Tesla’s position in the auto industry is similar to apple’s position in the smartphone industry. Many of its design concepts and product applications almost represent the development direction of the industry in the next few years.

About four years ago, during a contact with a foreign material dealer, I heard his sigh: “We feel that the disaster is coming, here is still carnival!” Then a brief understanding about discovered where others worry comes from: because he knew, was the tesla electric vehicles has been redesigned for traditional car circuit, design idea and concept of assembly are completely is different from before, and here comes to is a false proposition, tesla’s practice if popularized in the industry, will be a complete reversal of PCB and connector industry, because the tesla FPC is adopted to replace!

At that time, I just smiled and told him not to worry. First, the FPC needs thick film circuit technology, and the Americans will not give it to China. Second, the cycle of automobile electronics is at least five to ten years, during which you can safely continue to sell your products in the Chinese market.

In recent years the PCB and connector industry everybody also saw, although industry admittance threshold is higher, because of one size fits all environmental policies, the small and medium-sized enterprise innovation in these two industries has been difficult to survive in mainland China, but does not prevent enterprise crazy expansion capacity of listed companies, and everyone in the opportunity to raise report, almost all mentioned automotive electronic prospects.

Of course, from the current situation, automotive PCB or connector business is still a small business of these companies, because the output value accounts for a very small proportion, just like the hot speculation of the 5G large base station PCB and connector business, even if you use 10,000 RMB of material for a large base station, the total amount will be that much.

Take a look back at the “bad things” Tesla has done. In fact, there is nothing. When Tesla designed the car, it replaced the one-kilometer cable line of the traditional car with FPC, and only about 100 meters of assembly line is still connected with high-order copper wires and connectors. In fact, this is not tesla’s fault. They are not producing cars at all, but a mobile computer robot. It is normal to design cars with the idea of designing computers, and use more FPCS.

What is unusual is that Tesla has also made the FPCS used in these cars’ standard products, which can be assembled by production-line robots instead of professional electrical technicians wiring, detecting, assembling, fixing and retesting them.

Without detailed explanation you also understand, tesla in the efficiency of the production car why so high, and is not a simple automatic production line or the super factories such as noun of magic, but “amateur” car bad lover, not as a rule out CARDS, apart from our dismissive of laptop batteries for power battery, we use dozens, hundreds of years of PCB, cables, connectors, you also can’t see, what kind of FPC.

If FPC technology can replace traditional PCBS, cables, and connectors, then the idea of thick-film circuits, which Americans have long cared about, is no longer a matter of regulation.

However, as for other parts of the auto industry, is it possible for Tesla to use PCB, cable, connector and other traditional manufacturers’ products from Chinese manufacturers to completely transform “Tesla Cars” into “Knowbeans”? Do you think it is possible?

It seems that we can have the car FPC technology listed companies!