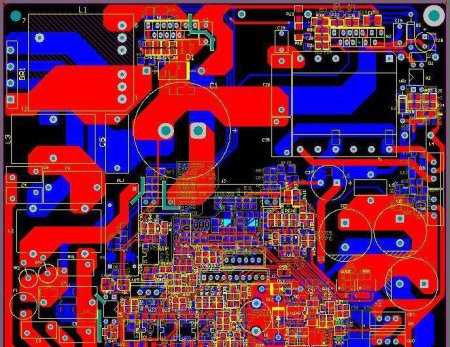 In high frequency circuit design, the power supply is designed as a layer, in most cases much better than a bus, so that the circuit can always follow the path with the least impedance. In addition, the power board must provide a signal circuit for all generated and received signals on the PCB. This minimizes the signal circuit and thus reduces noise, which is often overlooked by low-frequency circuit designers.

There are several ways to eliminate power noise in PCB design:

In PCB, there are only two kinds of transmission lines: ribbon line and microwave line. The biggest problem of transmission lines is reflection, which will cause many problems. For example, load signal will be the superposition of original signal and echo signal, which increases the difficulty of signal analysis. Reflection will cause return loss (return loss), and its influence on the signal is as serious as that of additive noise interference:

The methods to eliminate transmission line interference in PCB design are as follows:

The point of impedance discontinuity is the point of transmission line mutation, such as straight corner, through hole, etc., should be avoided as far as possible. The methods are as follows: avoid straight corners of the line, and try to take an Angle of 45° or an arc, or a large curve;

Use as few through-holes as possible because each through-hole is an impedance discontinuity and the outer signal avoids passing through the inner layer and vice versa.

There are several ways to eliminate crosstalk in PCB design:

As speed increases, EMI will become more and more serious and will show many aspects (such as electromagnetic interference at interconnects). High-speed devices are particularly sensitive to this, and thus will receive false signals at high speeds, while low-speed devices will ignore such false signals.

There are several methods to eliminate electromagnetic interference in PCB design:

With this discussion, we can summarize the following principles that should be followed in the design of HIGH-FREQUENCY PCB: