The through-hole in the circuit board is used to connect the lines between the front and back sides of the double panel, or to connect any line between layers in the multilayer board. To conduct electricity, the hole walls need to be coated with metal after drilling. Nowadays, traditional mechanical methods cannot meet the requirement of smaller and smaller drilling diameters: although the spindle speed is increased, the radial velocity of precision drilling tool will be reduced due to the small diameter, or even unable to complete the required machining effect. In addition, from economic consideration, easy to wear tool consumables is also a limiting factor.

A new laser drilling system is developed for drilling flexible circuit boards. The LPKFMicroLine 5000 laser is equipped with a 533mm x 610mm worktable for roll-to-roll automation. To drill a hole, the laser first cuts out the outline of the microhole from the center of the hole, which is more accurate than the usual method. Microholes with a minimum diameter of 20 m may be drilled on organic or non-organic substrates with a high diameter to depth ratio. Flexible circuit boards, IC substrates, or HDI circuit boards require such precision. 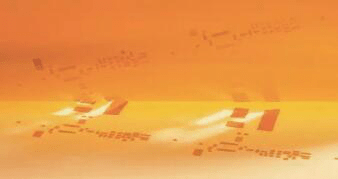 FIG3: An accurate contour can be formed on the sensitive covering layer by laser technology

A similar process applies to THE FPC coating film. The coating film is usually composed of polyimide and adhesive layer with thickness of 25 um or 12.5 um, and is easily deformed. A single area (such as a welding plate) does not need to be covered by a covering film, so that assembly, connection and other work can be carried out later.

This thin material is very sensitive to mechanical stress – it can be easily done by non-contact laser processing. At the same time, the vacuum adsorbent can fix its position well and keep its flatness.